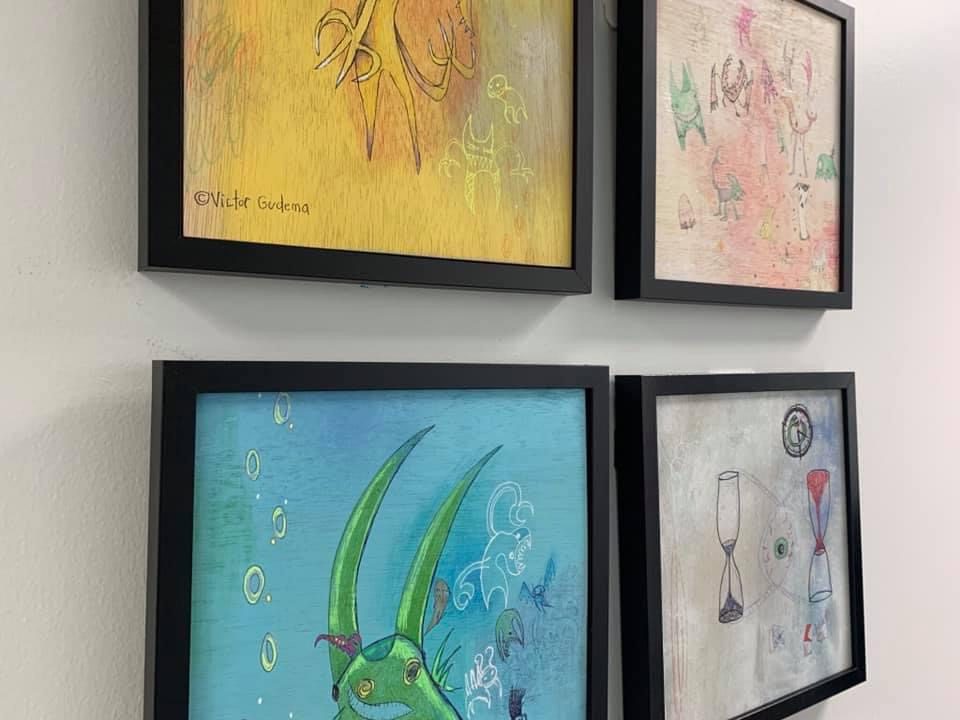 Last weekend, EGLA CORP organized its first “Art+Tech” at the EGLAVATOR. The event featured startups and a young local artist, Victor Gudema. Victor, who is only 13, showcased his creations and his own father had a chance to interview him. Victor explained to the audience how he started when he was 6 and how he was excited to see his fans buying his work. 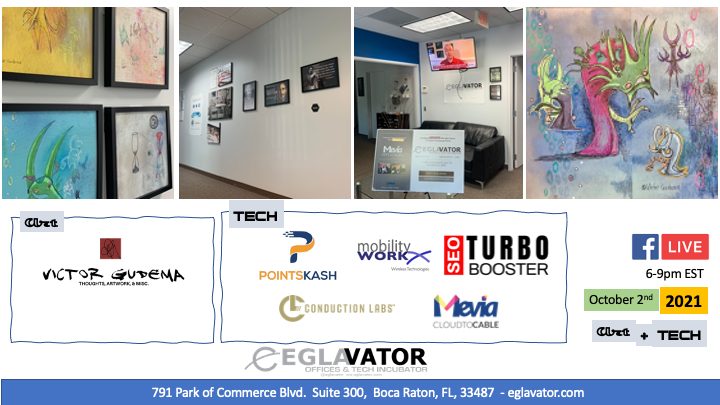 Victor sold some of his creations to several attendees.

Right after, EGLA CORP’s founder, Dr. Edwin A. Hernandez followed demonstrating NFT’s (Non-Fungible Tokens) and a small tutorial on blockchain in general was presented to a group of 40 to 50 entrepreneurs.

Dr. Hernandez used Victor Gudema’s art work to show how to store NFTs into the  blockchain. The demo included using ethereum, solidity, and other tools, Victor’s painting that he called “THE DOCTOR” was posted and stored at Dr. Hernande’z wallet.

The night also included demonstrations on 3D Printing and how the access door and even antennas were being designed and printed at the EGLAVATOR.

Other EGLAVATOR members also attended the event including, Conduction Labs, SEO Turbo Booster, sand many other enthusiasts were able to see 3D Printing in action and tour the EGLAVATOR and asked to join as a member.  SEO Turbo Booster is owned by Victor’s father, Dan Gudema.

Art+Tech events will be held once or twice a month and are available to all South Florida community technologist and entrepreneurs.  For more information, please reach out to sales@eglavator.com